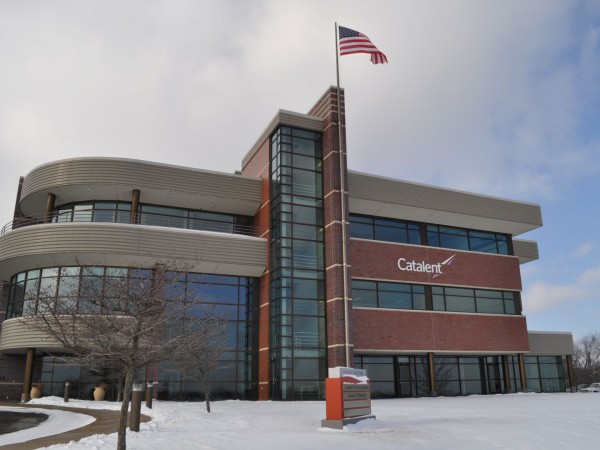 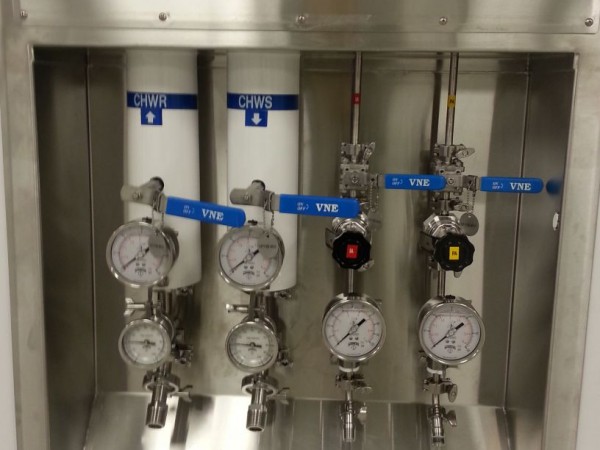 2 / 3 — One of the 18 utility panels installed by the Custom Fabricated Metals Department. 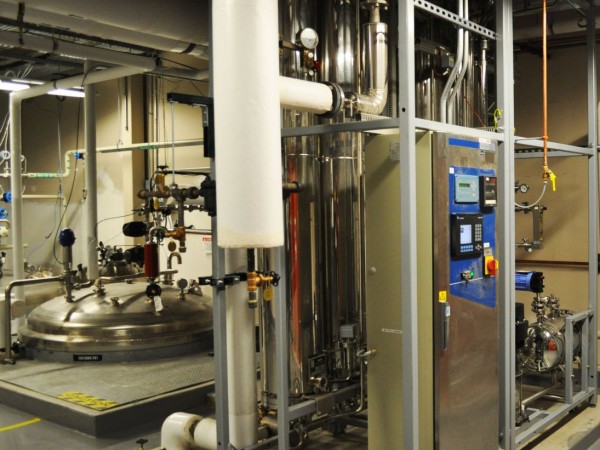 Hooper Corporation’s Mechanical Division was hired by Kraemer Brothers to install all of the process piping, plumbing, and fire protection systems in the newly renovated facility at 726 Heartland Trail in Madison, Wisconsin.