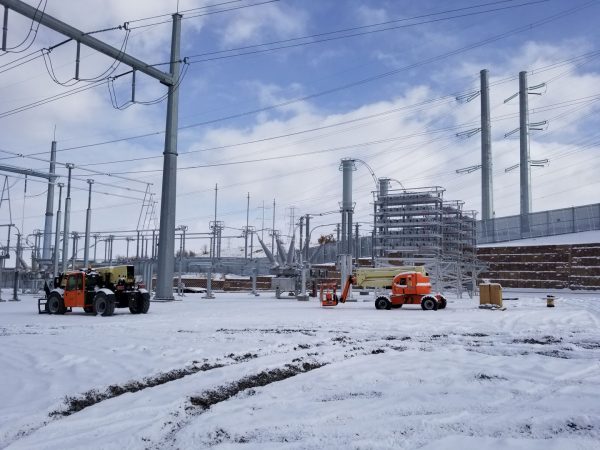 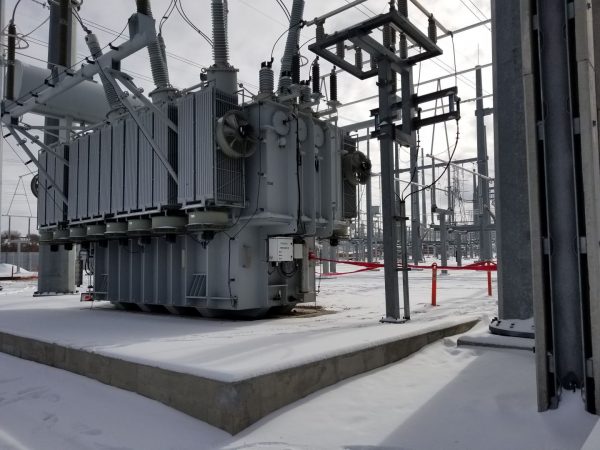 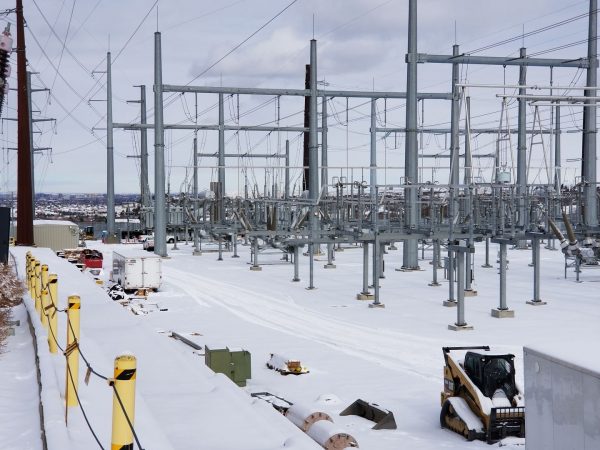 Hooper Corporation expanded the 345 kV site footprint to accommodate the addition of one 345 kV, 144 MVAR capacitor bank to support increased loads on the Transmission corridor. The Daniels Park substation is located in southern metro Denver near Lone Tree, CO. Hooper was tasked with expansion of site foot print and build out of the existing 345 kV yard over several phases of construction. The first phase entailed demolition of the existing retaining wall, expanded metal fencing, and curb. After demolition some re-grading and foundation preparation was required before pouring new retaining wall footers. Hooper worked with subcontractors to procure and install the new retaining wall and curb to bring the site into compliance with the new design. Once the new wall was in place Hooper was able to have the expanded metal fencing and stone surfacing replaced.

The second phase of the project included the underground duct bank and ground grid additions for the new equipment. The new duct bank was roughly 600’ long, the main challenge with the installation was the close proximity of energized 345 kV rigid bus located directly overhead the length of the new raceway. During this phase Hooper was also responsible for the installation of the new foundations. After the below grade work was completed, Hooper crews worked side by side with utility crews to install the above grade raceway systems and pull all of the 600V control cabling.

The third and final phase of this project entailed the installation of new raceway systems to support the replacement and addition of multiple station service transformers for each of the three 345 kV main power transformers. Hooper crews worked diligently through cold weather and frozen ground situations to complete the installation. Once the raceway was in place Hooper was tasked with the installation of multiple fused disconnect panels as a way to isolate each of the new station service transformers. Our crews were then able to pull all of the power cable to the new devices for final terminations. Altogether Hooper crews spent roughly 6000 man-hours on the job site.