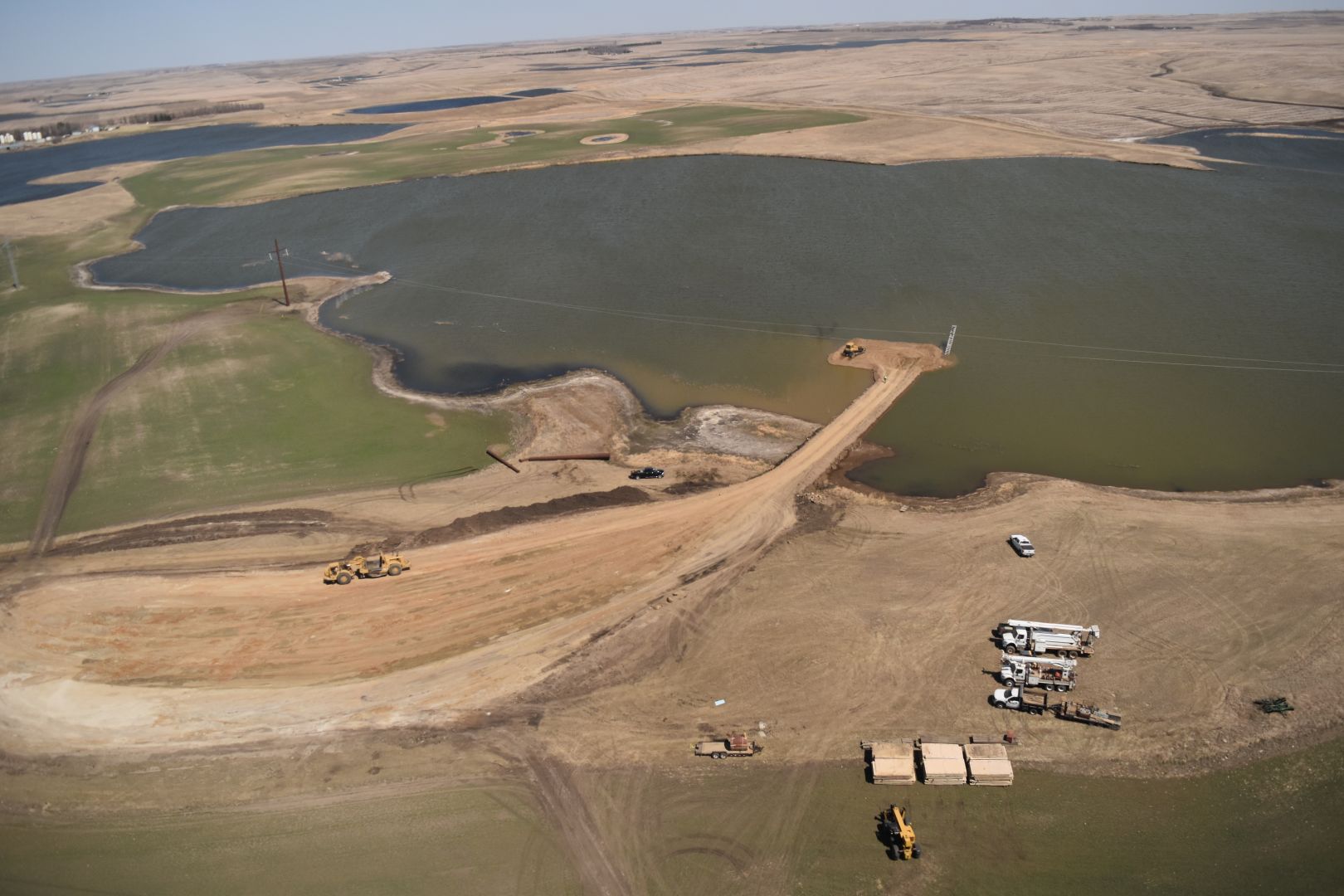 Hooper Corporation’s Electric Power Division (EPD) routinely faces challenging working conditions to get the job done. Recently, in a small town halfway between Fargo and Bismarck, North Dakota, EPD crews worked on a line repair for Minnesota Power. The cause of the damage was a suspected ice ﬂoe that collapsed a structure into a wetland area and compromised two adjacent structures.

Due to rising water elevations in North Dakota many structures that were built 40 years ago are now standing in water as much as 10 feet deep. Minnesota Power described the situation as the most challenging they had experienced since taking ownership of the transmission line in 2009.

Hooper crews mobilized three different times during the repair. First, an EPD crew stabilized the two compromised, but still standing, transmission poles with temporary guys to prevent a cascade effect collapse. When the structures were secured, a civil contractor built a causeway and small island to reach the damaged pole in the water. When enough of the island was constructed, a Hooper crew removed the fallen structure and secured the wire out of the way to prevent damage to the conductor. Contractors returned to complete the island construction, which then allowed Hooper to install the ﬁnal transmission power pole, transfer the wire, and re-energize the line. 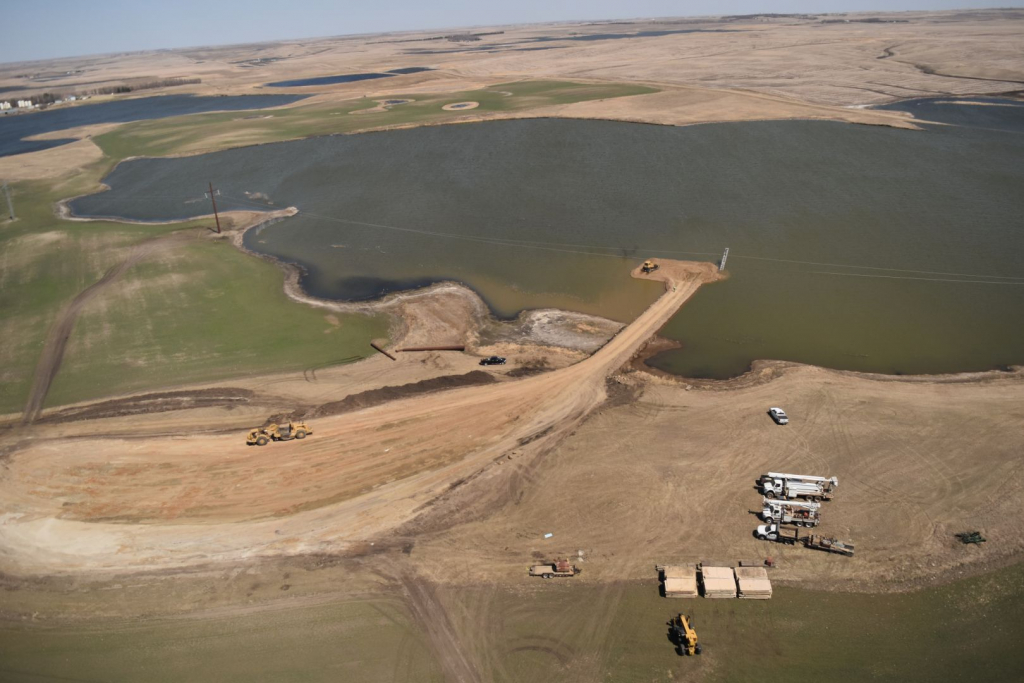 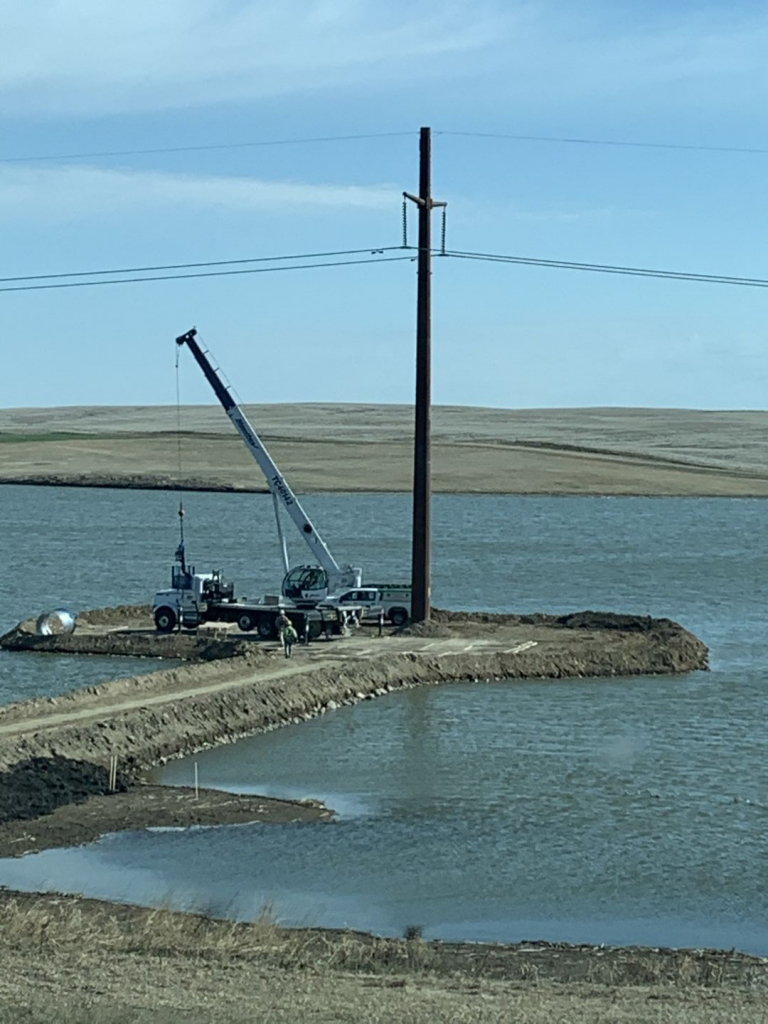 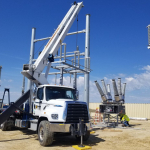 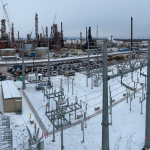